I was recently in an area that was severely hit by fire over the last few years. At first, all I could see, all I could think about, was the destruction. Trees that were decades, even hundreds of years old, lifeless and burnt. I felt sorrow. I was angry at climate change, at PG&E, and yes, even at God. Trees are such a wonderful symbol of life and vitality, are they not? Trees are not only pleasing to the human eye, but foster, feed and protect wildlife and provide us with necessary oxygen for us to breath.

But then I reverted to the methodology which I have tried to cultivate during the last few months, one of focusing on the positive. I don’t mean ignoring the negative and pretending it’s not there. What I mean is trying to notice everything, to take in the whole picture, and not get stuck on, and obsess over, the dark stuff. And while all those burnt husks of trees were indeed quite dark (black), I could see the new growth around them. Sure, some might be brush that will provide fuel for future fires, but there were also saplings as well as new growth sprouting from the partially destroyed trees.

This is the week of the 9 th of Av, a day that seems to collect and attract tragedies for the Jewish people, but mostly known for the day in which both the 1 st Temple (586 BCE) and the 2 nd Temple (70 CE) were destroyed. And so, I was reminded of a story in the Babylonian Talmud (Makkot 24b):

Rabban Gamliel, Rabbi Elazar ben Azaria, Rabbi Joshua and Rabbi Akiva went up to Jerusalem.
When they reached Mt. Scopus, they tore their garments (an act of mourning).
When they reached the Temple Mount, they saw a fox emerging from the place of the Holy of
Holies.
The others started weeping but Rabbi Akiva laughed.
“Why are you laughing?”, they asked him.
“Why are you weeping?”, he asked them.

With these words they replied to him: “Akiva, you have surely consoled us!”

Perhaps what Rabbi Akiva also saw was life – albeit that of a fox – in a place of destruction. Perhaps for him, it was the green shoots bursting forth from the ashes and burnt tree trunks after a fire.

As we look around today, we see much destruction – in the sphere of public health, of the civility of public discourse and in the realm of racial inequality. Our challenge now is to look for encouraging signs of life and regrowth amidst the ruin. Not only to notice it, but to point it out to others, and most importantly, find our own ways to preserve and foster its growth. 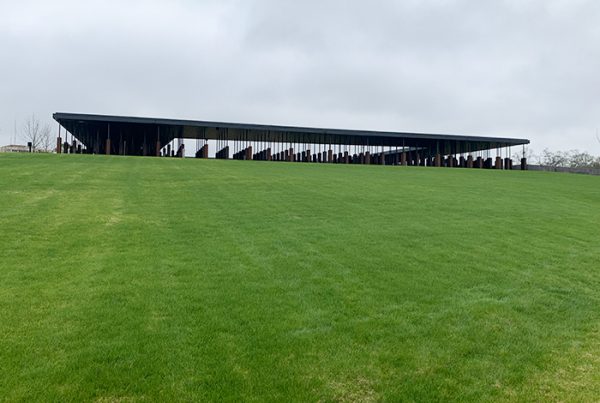