Hannah Senesh:
A Behind the Scenes Look at Her Life and Legacy.

Join us for this interesting talk on Hannah Senesh, her life, and legacy with Holocaust Scholar Scott Miller.

SCROLL DOWN TO REGISTER 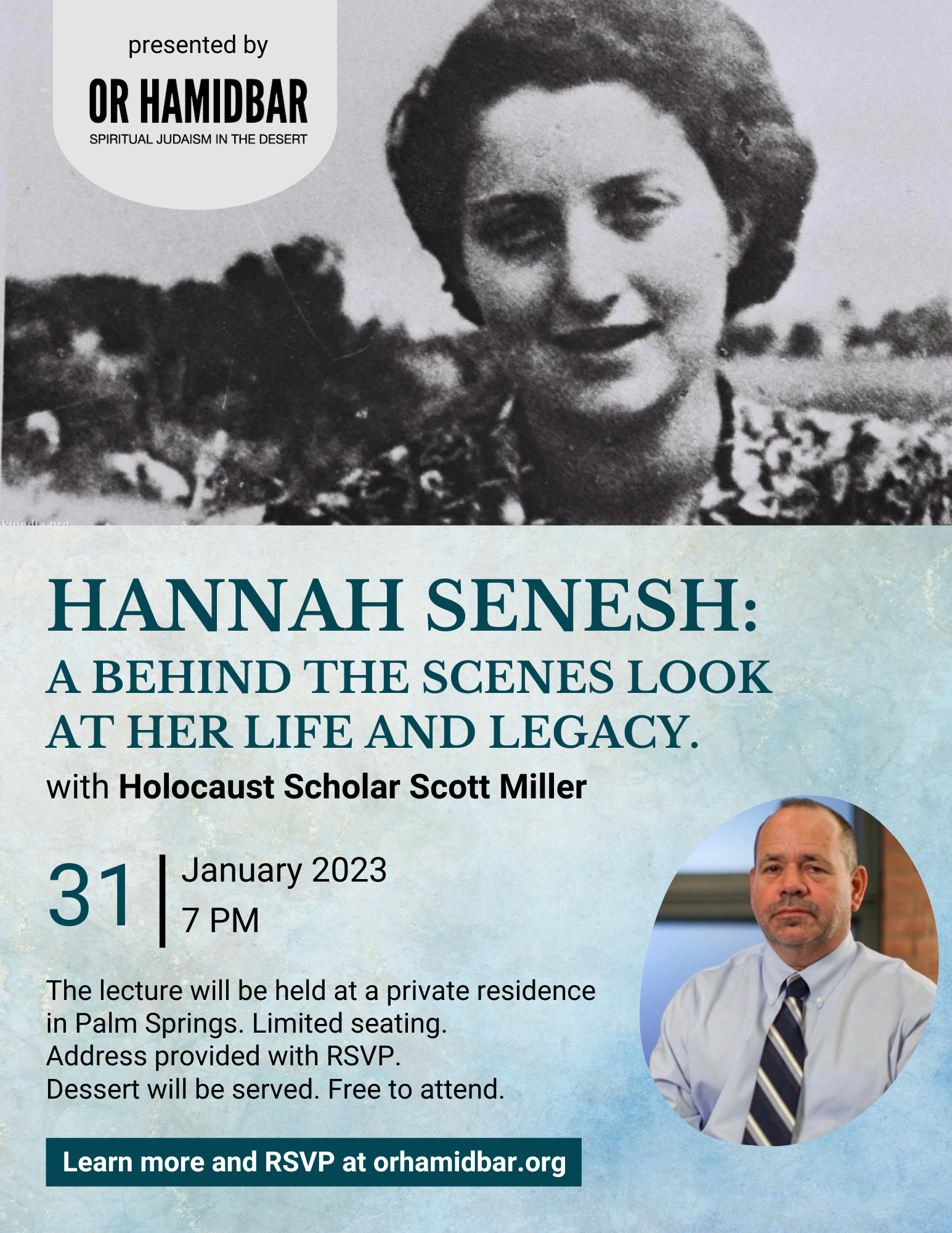 Scott Miller was a founding staff member at the United States Holocaust Memorial Museum, where he worked for 30 years (1989-2019). In 2001, Scott was appointed the Director of the Museum’s Benjamin and Vladka Meed Registry of Holocaust Survivors – the Museum’s names-information and tracing center. In 2006, Scott assumed the position of Director of Curatorial Affairs, overseeing the Museum’s archival, artifact, photo, film, music and oral history collections.

Scott’s publications include co-authored with Sarah A. Ogilvie, Refuge Denied – The St. Louis Passengers and the Holocaust, (University of Wisconsin Press: 2006); and, co-edited with Randolph Braham, The Nazis’ Last Victims: The Holocaust in Hungary (Wayne State University Press: 1998.)

This video was displayed in the “Fire in My Heart: The Story of Hannah Senesh” exhibition that was on view at the Museum of Jewish Heritage from October 2010 – August 2011.

© 2023 Or Hamidbar. Your contribution is fully deductible for 501(c)3 organizations, consult your tax professional for applicability.