You may have heard that we have multiple sources to explain why we celebrate Hanukah for eight days.

The best known and most popular version, the story of how one vial of pure oil was found, which lasted for eight days is found in the Babylonian Talmud (Shabbat 21b) and in our liturgy (al hanissim), and this is the tradition we usually teach to our children, which a vast majority of Jews around the world assume to be the truth.

But we are also familiar with a number of other explanations. According to a view presented in the 2nd Book of Maccabees (10:59), earlier that same year, before the Hasmoneans led their armies to defeat the Romans and retake and purify the Temple in Jerusalem, the Jews were unable, due to the war, to celebrate the Festival of Sukkot. Only after they cleaned the Temple some months later, at the end of Kislev, could they keep the eight days of Sukkot. In commemoration of this delay, they decreed that eight days should be kept for every year following. You’ll notice that there is no oil, no menorah, nor any mention of a miracle connected to the light of Hanukah. 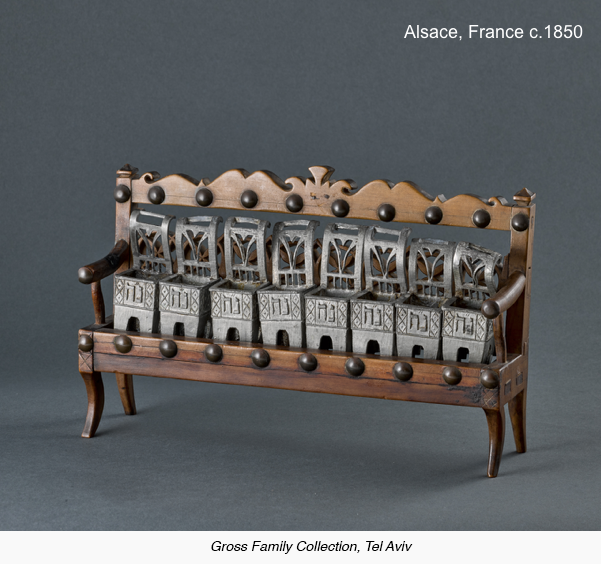 Another source from the Hellenistic period (beginning of the 7th Century BCE) is the 1st Book of Maccabees (4:54-56), which at least seems to be telling us that eight days were required to rededicate a Temple according to King Hezekiah in the Second Book of Chronicles (29:17-36). Here as well, however, is no mention of miracles.

Although we have other possible explanations for the eight days of Hanukah, one I personally hold to be truer from a historical point of view, let’s leave that question for now so we can discuss another significant difference between the Talmudic and liturgical traditions regarding this period of our history, found in Maccabees 1 and 2, and in the writings of Josephus, a 1st-century Jewish historian:

While the Rabbinic sources emphasize the part that God plays in the events (the miracle in the Temple), other sources (Maccabees 1 and 2; Josephus) focus on the heroism of Judah and his brothers in the war. Generally speaking, the Rabbis of the Talmudic period—at least those who left us their opinions—were not big fans of the Hasmonean dynasty. They were, after all, a family of Kohanim, priests who laid claim to the throne, a claim supposedly reserved for descendants of King David.

But the Rabbis had another (political) reason to minimize the Maccabees’ role: at that time, Jews lived under the watchful eye of the Roman Empire. Any talk of military insurrection could be misconstrued as a call to arms and would probably be punished or at least make life difficult for some or all of the Jewish inhabitants of the Land of Israel.

So no wonder this week’s Haftarah was chosen from Zechariah: the vision the prophet relates has much to do with the purification and rededication of the Temple in Jerusalem, in this case, fueled by the excitement after Cyrus’ permission for the Jews to return from Babylonia to Jerusalem. The end of our reading, however, is most instructive:

Not by might, nor by power, but by My spirit, said the Lord of Hosts. (Zechariah 4:6)

Jews have lived all over the world for well over 2000 years, mostly under the dominion of foreign cultures. Not until the 20th century could any Jew dare even dream about organizing in military fashion and creating self-government. So no wonder books like Maccabees (1 and 2) and Josephus weren’t translated into Hebrew until the end of the 19th century. That translation sent the unmistakable message that eventually developed into the establishment of the State of Israel. 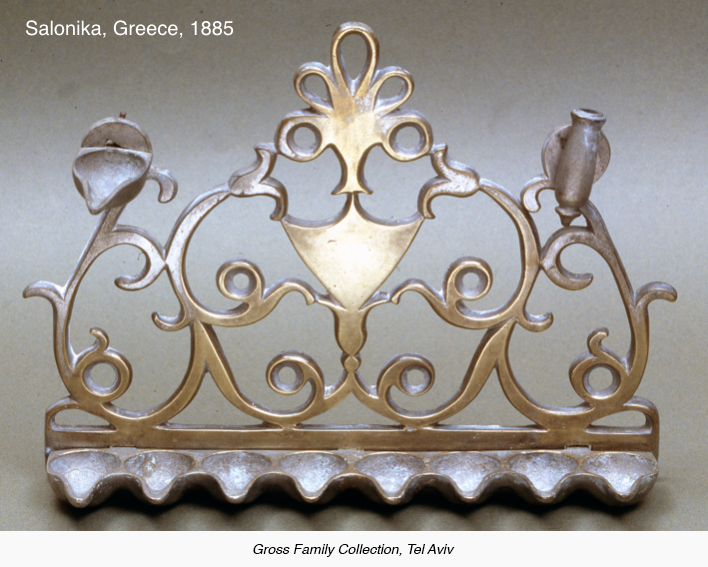 As all of us celebrate Hanukah in the privacy of our homes and in public spaces, let’s give some thought to what we might be choosing from our literary traditions about the meaning of the holiday. There is no right or wrong choice here, and in some cases, what is appropriate one year might not be so in the following year; what makes sense in one place might not make sense in another. We do well to consider our current context.

But whichever story we choose to tell our children and ourselves on any Hanukkah, we do well to remember Zechariah’s words:

Not by might, nor by power, but by My spirit, said the Lord of Hosts.